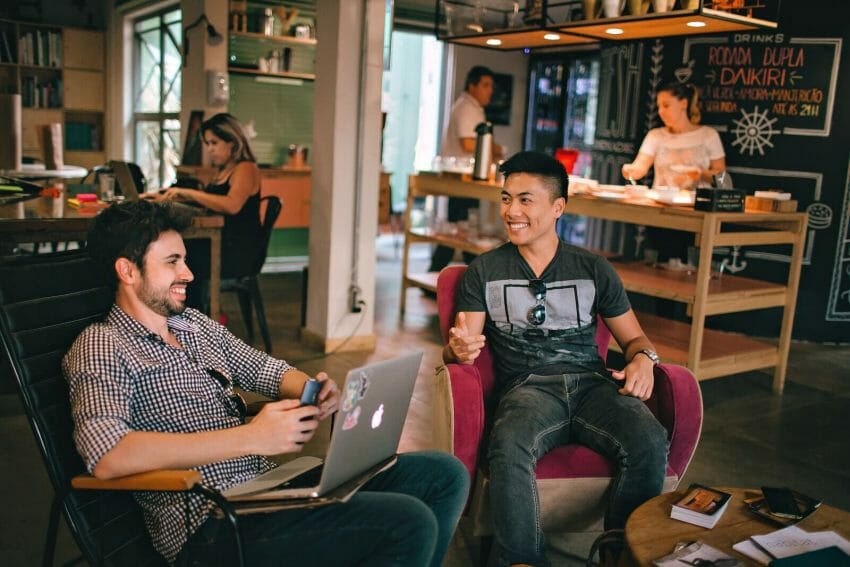 I would imagine Nepotism in the workplace is something everyone in the workforce has seen first-hand. Some have heard of it happening. You may have even been a victim of it. That time you have been overlooked for that position due to the boss’s friend or relative getting the job.

The subject is very emotive, especially when you ask people whether it is right or wrong.

My previous article, “Fake it till you make it”, talked about how some people, myself included, believe meritocracy is dead. Promotion based on hard work, loyalty and proven ability is now apparently old-fashioned.

The good news is that it is so easy to spot in this day and age of social media. We have all done it, you hear about a new person being hired. The first thing you do is throw their name into Facebook and LinkedIn. To see who they are, whom they know and what they bring to the table.

What is nepotism in the workplace?

Nepotism is where a person in a position of power in a business. Then uses that power to provide favour for friends and relatives. Another common phrase is “the old boys’ network”, which is very common within the boardroom and political ranks.

Most of the time, the person being brought in via the back door. Will almost certainly not have any credibility, knowledge or experience to undertake the role they are being paid for.

A typical example is when the Company Director gives his bone-idle-entitled child a directorship. All in the hope that they may one day grow up. Only to find that the other directors are so incensed by this. They leave and watch the ship sink from another desk.

Another example would be a manager trying to get his friends jobs on his team. Due to their own lack of ability and experience. After all, they won’t argue with him and will probably spend all day fanning the flames of his ego.

However, think about when a company brings in a manager to take control of a failing part of the company. Yes, the chances are that manager will bring in people he knows and trusts. In a bid to assist and fill the gaps created by the inevitable “reorganisation”. Still, these people are pulled in based on credibility and proven ability.

Is nepotism in the workplace legal in the UK?

Nepotism is not illegal under UK employment law. However, if nepotism is allowed to run unchecked in a workplace, there is a risk of breaching employment laws. Whilst nepotism on its own would not be something a tribunal could take action against. Discrimination at work arising from nepotism could cause problems.

You could also make a case that, in certain circumstances, nepotism in the workplace is unsafe!

Imagine an industrial accident occurred because of someone being hired that was in no way competent to hold that particular role, but it was found that they were a friend or relative of the boss.

In the UK, HSE is guaranteed to be pressing for prosecutions, which I would imagine would end in a prison term for all involved.

So, although not illegal in the UK, nepotism in the workplace could potentially kill people and ultimately land you in prison for corporate manslaughter.

What are the consequences of nepotism in your team?

As a leader and manager, you need to understand that your team probably know more about the company’s activities than you know. Teams have friends, and the longer the individuals have been in the company, the more people they know and friends they have.

This means that information flow within a company is never as confidential as you would like to believe.

Your team will know about upcoming promotions or vacancies in the company. Some will double down and work incredibly hard to shine in the hope that when they apply for the promotion/vacancy, they will be successful.

So, when the new individual arrives in the team, the chances are that everyone already knows where they came from and how they got there. If you have just employed your friend or relative for that role, sit back and watch immediate disengagement run through your team like covid on a cruise ship.

If, however, you pulled your team together and explained that there is a position coming up and that you know of a person with the appropriate skill sets, you have opened the door for that person but will be in no way involved with the interview process. You have also disclosed this information to HR. This way, you engage your team as they see you are being truthful and will be open and honest about their feelings.

Opening a door for someone is not nepotism if that is all you do. Once the door is opened, you step away, and their future is now of their own volition.

How to avoid nepotism in the workplace.

A good company will try to avoid cases of nepotism at all costs due to its destructive nature and effectively the dramatic effect on the company’s bottom line.

Some areas to address:

Unless you have been brought in to rescue a company or division and there are gaps to fill due to attrition or reorganisation. Do not directly hire your friends and family.

If, for instance, you bring in a friend with zero experience or credibility in the role you are filling or even a bad reputation in the industry you work in. It will destroy your team as regardless of who they are and their capabilities, the team will more than likely never accept them in the same way as families generally fail to accept granddad’s new 21 year old wife who swears she loves him, not his Ferrari or well-cut gardener.

1 thought on “Nepotism in the Workplace”