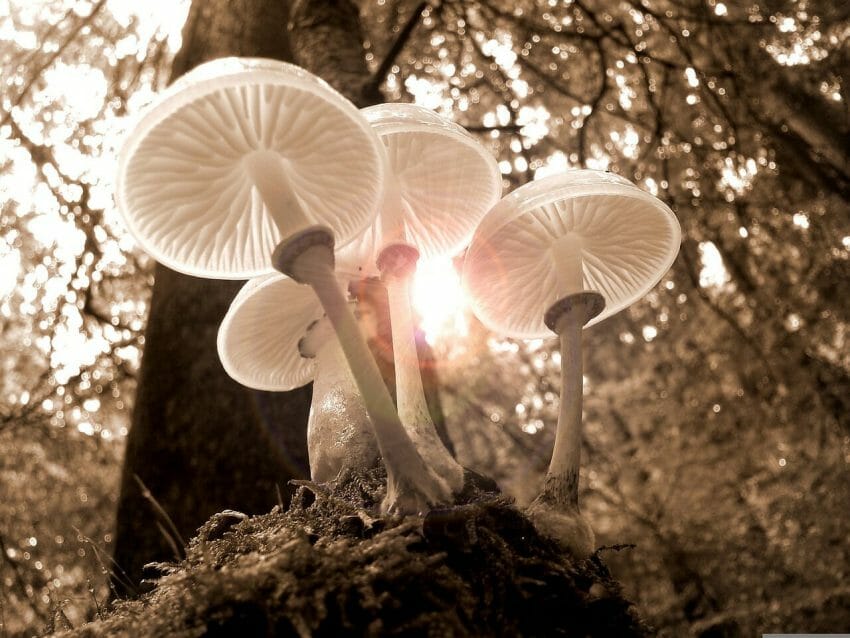 Mushroom management is maybe a term not so often used. However, most working people would have complained about having “Been treated like a mushroom” at least once in their career. So I can take a stab that most people will also understand that being treated like a mushroom. Is being kept in the dark, fed on sh**. Anyone sticking their head about the crowd having their heads cut off.

Let us look at some examples of mushroom management. Also follow up and read my article Leaderships Seven Deadly Sins.

The reason behind this can be one of several.

Managers tend to put themselves above the employees and consider themselves the font of all knowledge. Also the sole decision makers.

With this mindset, the higher they ascend the management food chain, the more arrogant some tend to become and would never consider receiving business advice from an employee.

Once upon a long time ago. I suggested that all company employees adopt a business development role in their travels around the world.

Some of the enlightened leadership thought it was a great idea. However, one director’s comment was, “I doubt if any of our employees would know what a lead was, let alone be able to develop one.”

Now when you punt an idea to a manager as above. They rubbish it almost instantly with little to zero reason behind the decision. It could be that he wants to steal it. This is where he will tell you that your idea is rubbish. Leave it for a while for you to forget about it and then present it to his management. But as his idea due to the gem it is.

What does mushroom management mean in business?

If we take away any management “malice” and look at some of the effects of mushroom management for a moment.

You will always hear managers and leaders during meetings talking about employee engagement, teams work and collaboration. But, if you never share company information with your employees to give them the “big picture”, how can you ever expect them to move in the same direction and act as a team?

Most employees that can not get the information they want from the employer will, in this day and age, just go and look it up on google.

The adage “one volunteer is better than ten pressed men” comes into play. If your employees believe the management is being open and transparent, then they will celebrate during the good times and, if you are lucky, fight for you in the bad times.

On the flip side of that coin is the other adage “what they don’t know, they make up”. If your employees smell a rat and believe that you are hiding something, they are more likely to make something up in place of the truth, and this can severely hit your bottom line as disengagement runs through your production lines like fire.

Can mushroom management be good?

This is a complex subject for a leader or a manager to balance. Let’s look at a couple of examples.

The Titanic. So only a few of the sailors and the captain, i.e. the upper management, knew that the ship was sinking and that there were not enough lifeboats. So is this the time for open and honest, transparent communication? I don’t think so, the announcement “we are sinking, and most of you won’t get on a life raft” would create chaos and mayhem rather than engagement.

Enron Corporation filed for bankruptcy in 2001. I am sure that their 20,600 employees were unaware of insider trading, creative accountancy practices, and wilful fraud and corruption charges.

So, ask yourself. If you had information that directly impacted the lives of your employees/reports, would you be open and honest? I believe most good leaders and managers would keep that information close to their chest until the last possible moment in the hope that they will come up with a solution to the problem.

Keeping the bad news to yourself also has implications. For example, tell them now in the summer that there is a possibility that later on in the year, they may all be out of a job. Or, leave it until later in the year, everything you have tried has failed, and now you need to tell them right before Christmas that they are all out of a job.

Are you a mushroom manager?

It is the information you hold to ensure your position and authority over the employees. Is it because you are a typical “seagull manager”!

A seagull manager is a manager that only interacts with the employees when they believe there is a problem. Generally, this management style causes more problems as they swoop in and make fast decisions about issues they have little to no knowledge of.

In layman’s terms, “they fly in, sh** all over everything, make too much noise and then fly out again, leaving a mess”.

Or do you keep information to yourself only when it has the potential to impact someone’s life directly?

Some information, especially for a public company, needs to be secret. But find the fine line, and involve your employees. This will improve your engagement with them, and all being well will improve your bottom line as they start to fight for the company.

Now read my article on servant leadership and see where you fit in the about. Put the questions above in your 360 this year and see how your peers judge you.