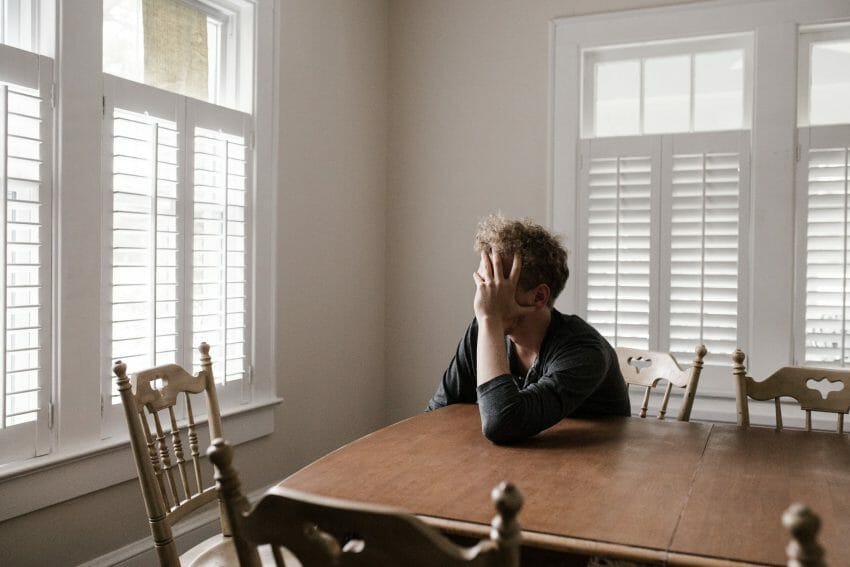 As before in my previous articles, I am not a medical practitioner in any aspect.  However, having suffered from mental health issues myself, I believe it gives me the right to speak about it.  Not only does it give me the freedom to talk about men’s mental health, but it will help me and hopefully those who read this.

The subject of Men’s mental health, especially in middle-aged men, has become a well talked about subject.  I wonder how many of the “Experts” know what it’s really like to suffer these problems.  My experience (a long time ago) of an “Expert” was to be told to “Pull your socks up and get on with it”.  I did, and that was the starter pistol for my first suicide attempt.

With the numbers out of the way, let’s look at some of the reasons from my perspective.

My father was from the Silent Generation (Pre 1945); thus, also his parents and raised my father with the values of the day.  These values were, to some respect, imparted onto me, but most of which I have shaken off.

So, what were some (definitely not all) of the traits of this generation that influenced me?  This is easy, and I can quote directly. For this generation, men’s mental health was a taboo subject.

Currently, the “Experts” say that men have a big issue when it comes to asking for help. I refer to my points 1 and 2 above.

The first memory I have was one night mum telling my sisters and me to go to bed.  This would involve the typical mum and dad hugs and kisses.  This one night, I went to hug and kiss dad but was stopped by him. “You’re too old for that now” (point 1).

I remember as a 14-year-old walking down the church aisle following the coffin of my 9-year-old sister.  My father took my hand and said, “Stand tall and be strong; people are watching” (Point 1 above).  Then when we returned home, he went to his bedroom alone; I could hear the crying (Point 1 above).

So now, as a middle-aged man myself, I struggle to this day asking for help; even showing affection is a struggle sometimes.

A Dose of Reality

Let’s look at point 3 for a while, and I will give my opinion on some of the reasons for this attitude I have heard.

Recently I have read that some men have committed suicide due to depression caused by how they perceive their friends and families look at them. Men’s mental health has always been a taboo subject amongst men.

They wake up one morning at the ripe old age of 50 and realise they probably have more time behind them than they do Infront of them. Think about it this way: you always have! A 21-year-old having an accident tomorrow had more behind him than he did in front of him.

So, stop thinking that you may only have so many years on the planet left and enjoy each day as it comes. Spend some time on creating a life plan.

You still have a huge mortgage and many years left to pay it off.  You worry that you will never pay it off in your lifetime and could enjoy early or even on-time retirement.  Before we continue, remember that suicide negates most life insurance policies.

So, can you afford the mortgage and bills for your family?  If you can, then great, tick in the box for Point 3 above! As the hunter-gatherer and protector, you have succeeded.  However, the answer is easy if you can’t and struggle every month whilst breaking out in a cold sweat every time you hear the chancellor mention interest rates.  Downsize or, even better, sell up and rent a place.

The UK population is addicted to property ownership and use it as one of life’s critical successes.

Look at it this way.  If you rent a house and something happens to the main structure as the roof blows away in a storm or the boiled breaks, you pick up the phone, dial the landlord and have them fix the issue at NO COST to you.

The worst case is that you reach retirement, your house is paid off, and you have some money in the bank, but then one day, the doctor tells you that you need to go into full-time care.  If you are alone in life, then guess what!  The UK government will take your house off you and sell it to pay for your care.  If you don’t own a house, you will still get the same care, so is struggling with a mortgage really worth it?

So, the weather is now changing, darker and longer nights, with cold and wet grey days.  These are the worst months of the year for anyone with mental health issues.

Men who find themselves single for one reason or another get very lonely very quickly, especially in the darker months.  But (Point 1 and 2) he will never reach out for help.  However, most men will reach out to their friends and families when they see them having issues and offer all the assistance and support they can muster (Point 3).

It is a crazy situation; we will offer it but generally won’t ask for it.

So, to all the middle-aged men out there with mental health issues!