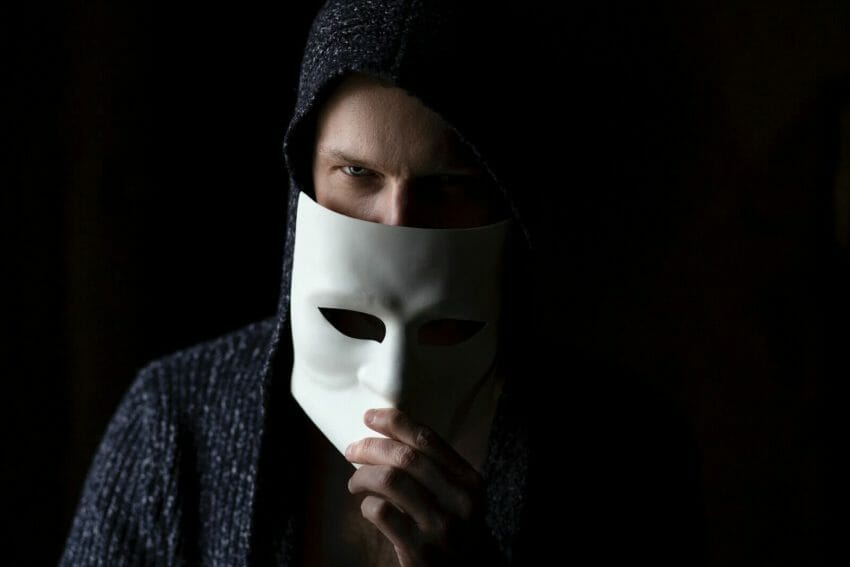 Fake it till you make it !!! This was never a term used when I was job hunting. In the 2000s when I left the military and was looking for my next career. The closest we ever came to this was rehearsing “buzz” words that we, as veterans, would try and drop into the interview conversation.

As a veteran, we already understood the “buzz” words. The job we were applying for we could already do. In some respects, it was a step down from our skill sets but would be the way into the company. Rehearsing the words was to ensure we could convince the interviewer that we did know what we were talking about. Even though the chances are we did not have the statutory degree they were looking for.

So “fake it till you make it” never entered into conversation.

Who originally said fake it till you make it?

The expression first appeared around 1973. The earliest reference to a very similar saying occurs in the Simon & Garfunkel song “Fakin’ It”, released in 1968 as a single and on their Bookends album. Simon sings, “And I know I’m fakin’ it, I’m not really makin’ it.”

What does fake it till you make it mean?

It is an English saying which suggests that by imitating confidence, competence, and an optimistic mindset. A person can realise those qualities in their real life and achieve the results they seek.

That is the Wikipedia definition of it. Now let’s get down to what it really means.

It is an employee market, and the current employee expects the employer to bend the knee. Then deliver a royal fanfare to get them to agree to work in the company. Then during the first five minutes of being in the company, they expect promotions and pay rises almost weekly. If this is not delivered, the employee walks and goes straight into another job.

Employee loyalty is a thing of the past.

So now we have a very young and inexperienced workforce marching up the career ladder at a great rate of knots.

Diversity in the Workplace.

Diversity is the practice or quality of including or involving people from a range of different social and ethnic backgrounds and of different genders, sexual orientations, etc.

While U.K. legislation – covering age, disability, race, religion, sex and sexual orientation, among others – sets minimum standards. An effective inclusion and diversity strategy goes beyond legal compliance and seeks to add value to an organisation. Contributing to employee wellbeing and engagement.

So employers and companies are now under the spotlight. With pressure to show and prove they are diverse and inclusive companies.

So now, companies feel pressured to promote and employ people into positions based on how they fit into the “Diversity and Inclusion” bracket, hoping they will be able to “fake it until they make it”.

Does faking it till you make it work?

I don’t want to say it does work.

What I will say is that it certainly does happen and is happening. I get to witness it all the time.

Ask anyone if they have seen the 2002 movie “Catch me if you Can, ” a story set around Frank Abagnale. Abagnale claims to have worked as an assistant state attorney general in the U.S. state of Louisiana, a hospital physician in Georgia, and a Pan American World Airways pilot who logged over two million air miles.

Would you be happy if the person piloting your plane was on a “fake it till you make it” career plan?

I doubt it, but would you feel the same about someone faking the ability to take a job as a director in a software house?

What’s wrong with faking it?

So is “Faking it till you make it” a victimless crime? No.

We have the current generation faking it to race up the corporate ladder in the hope they can get the pay cheque and figure it out before anyone notices.

The other group is deliberately placed in high-ranking positions to appease the diverse returns. The companies openly ignore the fact they potentially do not possesses the appropriate skill or experience for that level.

Now the company has senior management full of inexperienced people trying to figure it out as they go along. Most of them will not reach out for help or advice because they see the job as their god-given right, and they are fantastic because that’s what they have been told all their short lives.

In a normal company, this will be reflected in several ways.

Employee engagement will drop. The workforce is not stupid, they see the people coming into senior management, and the best of it is all they need to do is go to Linkedin and generally see that the lack of experience is not there. The employees who are looking to move up and into the positions they have proven skill and competence in are getting overlooked and again become disengaged.

So there is an extra 30% on top of the company salary burden through disengagement.

Apply the same issue to a company that has direct influence over people’s lives, such as transport companies, airlines, trains etc. Now it is dangerous.

A Word of Warning!

During World War 1, the majority of offices came from the “Officer Class,” i.e. the British Aristocracy. Officers who came from rank and file were called “Temporary Gentlemen” The average age of a commanding officer was 28, and nobody over 35 was allowed to command due to old age.

So you had a senior management group of people with no experience. But the arrogance to believe they had all they needed because of their class.

The average life expectancy of these officers was 6 weeks.

The way people were promoted into senior positions was changed. This was seen during World War 2 when the fatalities dropped to 384,000.

Fake it till you make it is not a victimless crime. It is the act of selfish people who care little about themselves or others. In some respects, put people’s lives at risk.